Famous nurses from across the globe

Think of famous nurses from history and you’re probably familiar with names like Florence Nightingale and Mary Seacole. But there are men and women all over the world – as far back as 620 AD – each with their own lasting legacy on the global nursing profession.

Here we take a look at the inspiring stories of some well and lesser known individuals.

To find out more, you can contact our friendly Course Adviser team by email via onlinestudy@uclan.ac.uk or call us on +44 (0)1772 925 931. In the meantime, be inspired by the nurses who’ve shaped history before you.

Known as the first nurse in the world, Rufaida Al-Aslamia is recognised as the first female Muslim nurse and the first female surgeon in Islam. Born into the Bani Aslam tribe of the Khazraj tribal confederation in Medina, during the time of the Prophet Muhammad, her father was a physician.

She used her clinical skills to train other women to be nurses and work in the area of health care. She cared for injured soldiers during the battles with Makkan tribes, including the Battle of Al Khandaq and the Battle of Khaibar, and also worked as a social worker, helping to solve social problems associated with disease. She set up the first known Islamic care centre.

Are you a registered nurse? Find out how an MSc in Nursing could elevate your practice:

Patron saint of nurses, St Camillus de Lellis was a Roman Catholic priest from the Abruzzo region of Naples. Following military service, Camillus struggled with gambling problems before settling in Rome and becoming a caregiver at San Giacomo degli Incurabili.

Within the hospital, among those he provided care for were people struggling with alcoholism and wounded soldiers from battle. He went on to found the Camillians, a religious order dedicated to the care of the sick, whose members wear a red cross on their black cassocks and capes, reportedly to "frighten the devil". De Lellis was beatified by Pope Benedict XIV in the year 1742 and canonised in 1746.

In 1645, Jeanne Mance established North America's first hospital, the Hôtel-Dieu de Montréal in Montreal, Quebec, Canada. Born in France, she developed nursing skills working with charitable local societies during the Thirty Years War (1618-1648). Jeanne began treating patients on her arrival in Ville-Marie in 1642 and set up a small hospital, reserving some of its beds for fellow French settlers wounded by Haudenosaunee warriors defending their trade routes.

She subsequently ran the Hôtel-Dieu until her death in 1673. The Hôtel-Dieu relocated to Mont Ste-Famille, Montréal in 1861, but a large statue of its founder remains on the original site. In 2014, Jeanne Mance was made Venerable by the Catholic Church. In 2020, she was inducted into the Canadian Medical Hall of Fame.

Referred to as the first nurse practitioner, Mary Seacole was a British-Jamaican nurse born in Kingston. Her father was a British Army Lieutenant and her mother a healer using traditional Caribbean/African herbal medicine.

By the age of 12, Mary was helping her mother run a boarding house, where many of the guests were sick or injured soldiers. Nursing victims of cholera in Kingston in 1850 and Panama in 1851, she then set up the British Hotel for sick and recovering solders of the Crimean War. She was posthumously awarded the Jamaican Order of Merit in 1991.

Nicknamed the ‘Lady with the Lamp’ for her night-time rounds, British nurse Florence Nightingale organised the nursing of sick and wounded soldiers during the Crimean War. She significantly reduced death rates by improving hygiene and living standards within military hospitals. Previously, mortality rates in such hospitals were seven times higher than the battlefields themselves.

In 1860, she laid the foundation of professional nursing with the establishment of her nursing school at St Thomas’ Hospital in London. In the UK, her image appeared on the reverse of £10 banknotes issued by the Bank of England from 1975 until 1994.

The first African-American to study and work as a professionally trained nurse in the United States, Mary Eliza Mahoney was also the first African American to graduate from an American school of nursing in 1879. Born in in Dorchester, Massachusetts, she was the eldest child of freed, formerly enslaved parents from North Carolina, who moved north before the American Civil War.

Wanting to become a nurse since childhood, aged 20 she began work as an untrained practical nurse at the New England Hospital for Women and Children (now the Dimock Community Health Center).

In 1878, aged 33, she was admitted to its intensive 16-month graduate nursing programme – she was one of just three graduates out of 40 students who started the course and he only African American awarded a diploma. She was inducted into the American Nurses Association Hall of Fame in 1976 and the National Women’s Hall of Fame in 1993.

Equip yourself with the expertise needed to take your nursing practice to the future with UCLan's online MSc Nursing. Choose from three start dates per year:

Discover the important role nurses play in improving health and wellbeing and how an MSc in Nursing... 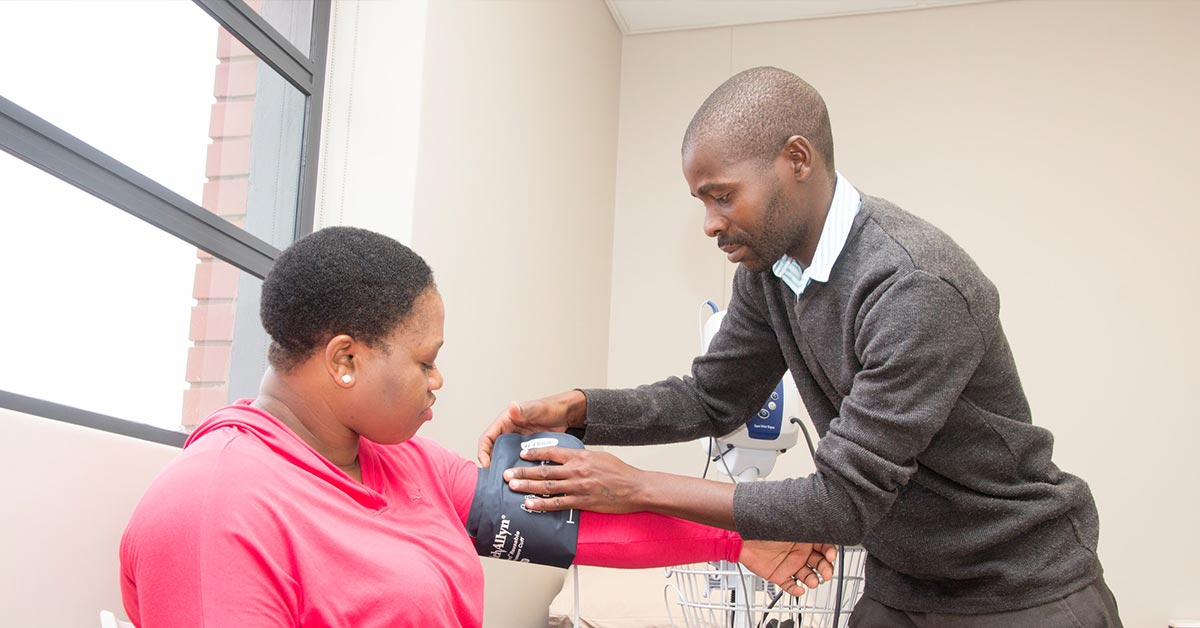 Discover the key challenges for the nursing profession in the coming decades.